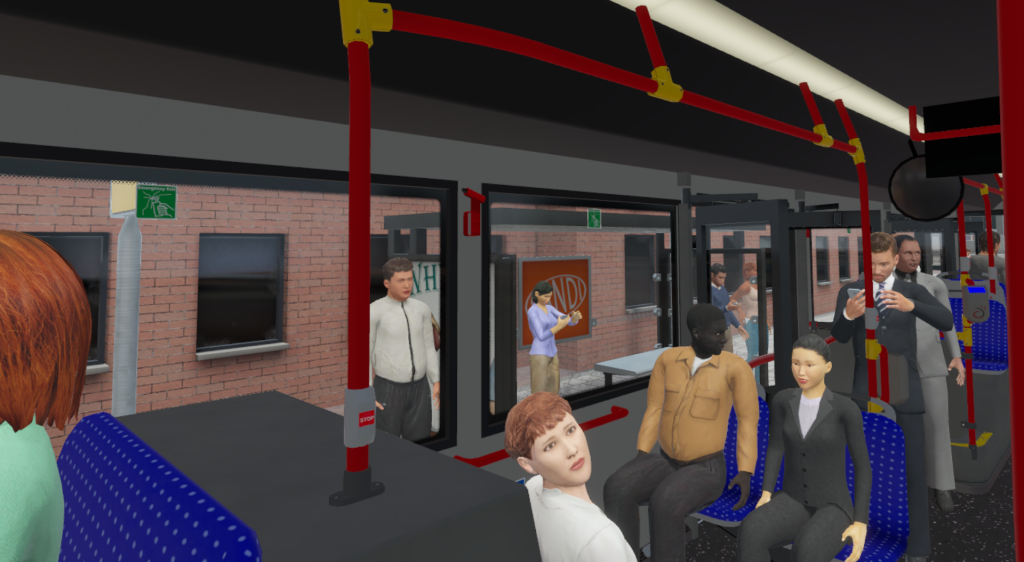 It was quite exciting for me to undergo the Virtual Reality aggression prevention training (VRAPT) myself. At the same time, I felt and experienced the many possibilities of this training, especially for our forensic patients. As a skills trainer I work with the participants to let them practice with (communication) skills in all areas of life, so that they are better prepared for their return to society. Since every person, including every TBS, is different, customized treatment is of great importance. When a participant feels personally addressed, feels touched, he is more open to change and awareness.

The participants I have worked with with the VRAPT have already completed a treatment process (sometimes for many years). The VRAPT, however, is something new again, but skepticism remained at the start.

After about half the training, it becomes more personal and interactive. The participant’s own contribution and the established working relationship are closely related. For example, participants say it “comes in a lot more”. They really stand in another world and are addressed personally. “Hey, it’s finally about me.”

In a role play you have to imagine how a situation can be , in VR you stand there for a moment in the middle.